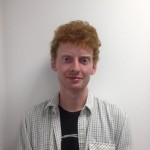 New research has revealed that employees want more support from HR and leadership teams to support smoking cessation, and insights show the benefits this can have on company wellbeing and decreased sick time off work.

It has been found that 31% of ex-smokers say they could have quit faster with more support from their employers – including a simple ban on smoking in their workplace.

The Quitting Smoking for Mental Health study of over 1,000 employees across the UK was conducted by Vape Club as part of research into smoking cessation and the impacts on mental health during Stoptober 2020.

The study analyses the impact that a company-led smoking cessation program can have on an individuals mental health, how this can improve productivity at work with less time off sick, and what measures are most effective to implement to encourage smoking cessation.

The research highlights smoking cessation measures as one of the more tangible forms of support that a business can offer for company-wide improvements to employee wellbeing. Almost half of ex-smokers surveyed through companies (44%) say they have noticed an uplift in their mental health since quitting.

Amid increased awareness around mental health at work in all industries, this shows that active smoking cessation support can show positive results in less than a month.

Dan Marchant, Director at Vape Club and founding member of the UK Vaping Industry Association, said:
“It’s clear that employers can be really effective agents of change when it comes to encouraging smoking cessation. With the right tools, an employer that’s proactive in promoting smoking cessation can make a huge difference to someone’s overall wellbeing, both mentally and physically – as well as reducing the ongoing strain that both smoking and smoking cessation services place on the NHS.

We’ve certainly seen evidence that encouraging employees to quit smoking not only cuts down on the number of sick days needed for physical impact that smoking has, but it also improves the individuals mental wellbeing. It’s a no brainer that companies should encourage more smoking cessation measures – not only will it keep employees at their desks, but it will keep them at their desks and in good overall health!

Many employers are still playing catch up with the NHS and Public Health England in acknowledging vaping to be one of the most effective smoking cessation tools, and a device that can improve employee wellbeing – we would hope that businesses will see this and encourage vaping and other smoking cessation measures accordingly.”

What is the impact on employee health and required time off work?

Statistics show that lost days through sick days and cigarette breaks can cost the NHS up to £200 million a year. The Quitting Smoking for Mental Health study asked current and ex-smokers how many sick days they took on average, and whether this was for mental health or physical health reasons:

– 10.6% stated that they no longer take as many days off for mental health

– 18.6% have needed to take less days off for physical health issues.

Lou Campbell, co-founder and programmes director at Mindfulness in the Workplace, says:

In the UK, the burden of mental health and wellbeing has fallen onto the shoulders of employers in recent years. This is something that is rarely acknowledged by businesses or the government. Moderate to severe ill health (including mental health), low energy, and/or dysfunctional behaviours are all likely to reduce productivity, motivation and engagement in employees.

Providing targeted and intelligent wellbeing services to employees is absolutely a remedy to this problem and medium to large businesses are certainly offering at least some wellbeing services to their employees. A two-pronged approach works best – offering confidential one to one sessions to those who are in crisis or experiencing moderate to severe mental health issues; and awareness sessions focusing on how to maintain positive mental health, work life balance, healthy habits, whole-person health to the wider group of employees.

Our company does offer a specific smoking cessation programme and it was popular for a few years, though a more popular offering recently for employers is a Healthy Habits awareness workshop that looks at the behavioural science around why we form unhealthy habits.

Insights from ex-smokers – how can a workplace best encourage smoking cessation?

When ex-smokers were asked what their companies could have done to help them quit smoking, their responses were:

The link between smoking and mental health

Data from Public Health England shows that smoking prevalence is almost twice as high among those with mental health conditions, and a third of cigarettes in England are smoked by people with a mental health condition. Average smoking prevalence for those with serious mental problems rises to as high as 40%. This shows that employers who take smoking cessation seriously can have an impact far beyond the day-to-day difference that they may see in the workplace.

According to research from the Mental Health Foundation, smoking stimulates the release of chemicals in the brain which people with certain mental health conditions such as depression and anxiety lack. The release of these chemicals has the effect of reversing the conditions’ effects in the short term, but ultimately reduces the brain’s capacity for producing them by itself – eventually worsening the conditions and leading to nicotine withdrawal symptoms.

The following charities can offer support for smokers and non-smokers who are struggling with mental health:

Bought a dog in lockdown? New research reveals that 45% of home workers favour a policy that allows dogs in the office

Choosing the Right Car for Employees as a Business Owner